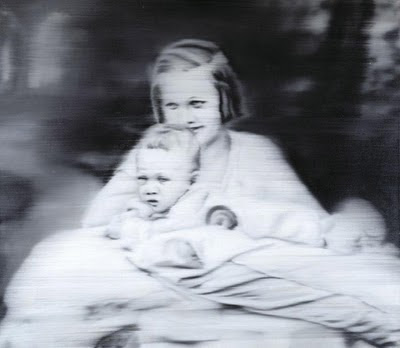 This picture, painted in 1965, represents the young Gerhard Richter sitting on the lap of his Aunt Marianne, age 14. Just 13 years later, in 1945, she would be starved to death in a  German psychiatric hospital having been previously sterilized. It was only recently that Richter learned the fate of his Aunt and that his "late father-in-law, Heinrich Eufinger, was the SS doctor responsible for carrying out the sterilisation of the mentally ill and for implementing the euthanasia programme. The artist, without realising it, had married into a family deeply implicated in the killing of his beloved aunt." More here. 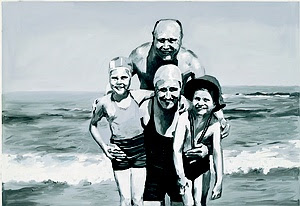 This painting, Family at the Seaside, depicts his Father-in-law, produced long before he knew the past of SS Dr. Eufinger.
Posted by Mark Warren

Email ThisBlogThis!Share to TwitterShare to FacebookShare to Pinterest
Labels: Post-mortem