Maybe when an artist lies it's art. 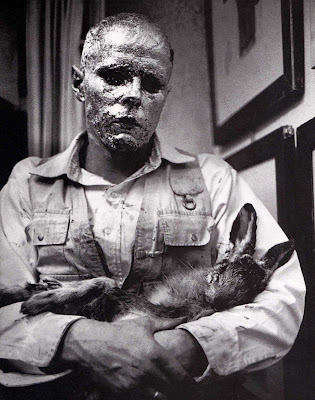 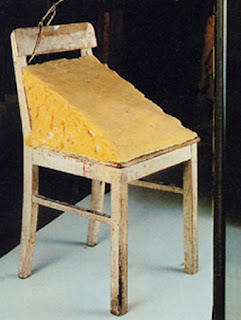 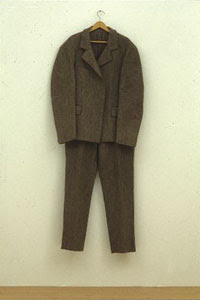 Felt Suit
I have never read in depth about Joseph Beuys and always accepted the stories behind his felt and fat aesthetic. In 1942 he was a gunner on a German fighter plane shot down over the Crimea. There he was found by native Tatar tribesmen who saved him by wrapping his body in felt and fat thus explaining his overwhelming attraction for these materials. Beuys has developed an entire mythos based on these events.
Now I could choose to believe the facts I have recently learned: he was shot down but was found by fellow German soldiers. No Tatars, fat or felt. But instead I choose ART !
Posted by Mark Warren