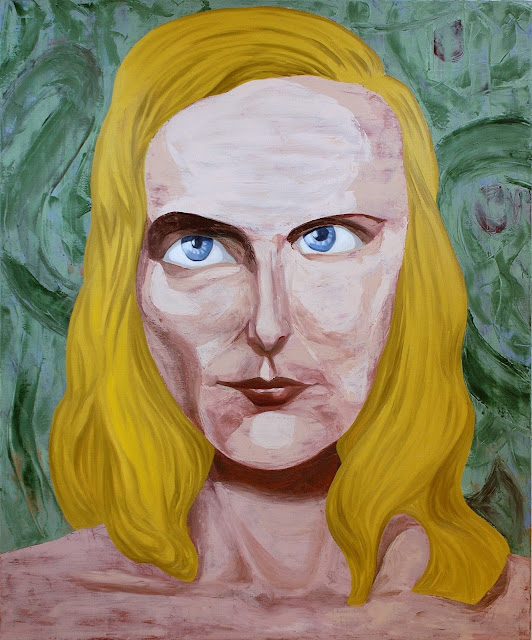 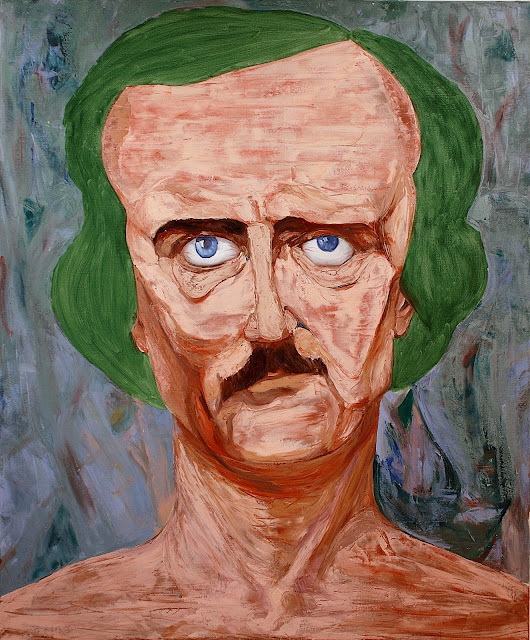 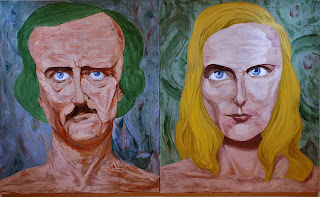 Mark Warren "Adam and Eve Redux" 48" X 116" oil on linen
People have asked me why Adam and Eve are depicted as Edgar Allen Poe and Leni Riefenstahl? I chose them because I believe they are both modern artist that display a wealth of moral and artistic difficulties. They are truly fallen and yet any assessment of them is complicated. Many people find it easy to dismiss Riefenstahl though I am not one of them. What does it mean to be a great artist? She would be universally acclaimed as a great feminist artist rising to the top of her highly patriarchal society had it not been Nazi Germany. I know this is a big hurdle but nothing is black and white. The Adam and Eve story asserts, to Christian eyes at least, that all people are sinners. Poe seems to me to be more an example of the grand failure. Though he was an important influence to later artist I am not sure his prose or poetry reached it's potential. He was completely dissolute in his personal life which was inseparable from his work.  It is very modern to revere debilitated artists, something almost unheard of before the 18th century. Both of these figures are extreme archetypes of what defines an artist in modern times.
Posted by Mark Warren

Email ThisBlogThis!Share to TwitterShare to FacebookShare to Pinterest
Labels: my painting