"It might be argued, however, that he was profound in his emptiness and he was profoundly attached to something in the culture that drives out all the content and all hope. He was profoundly attached to the dehumanization of the culture and embraced it and really became a part of it. He is like a blinking sign that says nothing except "I want to be famous."  The emptiness of it is stunning. It is that emptiness and the slickness of it that have appealed to so many other artists who follow him. In that sense he is like Duchamp. Duchamp made it possible for people who couldn't compete with the Van Goghs of this world, and the Matisses, and the Brancusis and the other great masters, he made it possible for them to be in the game as spoilers. Andy Warhol paraphrased this possibility in the 1960's and made it possible for people who understand the mechanisms of the media and the advertising world, and whose only ambition is to be famous, to do that. He offered a model upon which they can base their actions. He made it possible for a whole generation, and many generation of artists who follow him, to be understood. To my mind, it is the burden of art making that is so interesting. So I am absolutely the polar opposite of Warhol." - from an interview in 1999 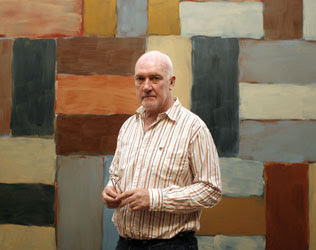 Email ThisBlogThis!Share to TwitterShare to FacebookShare to Pinterest
Labels: The Crimes of Andy Warhol